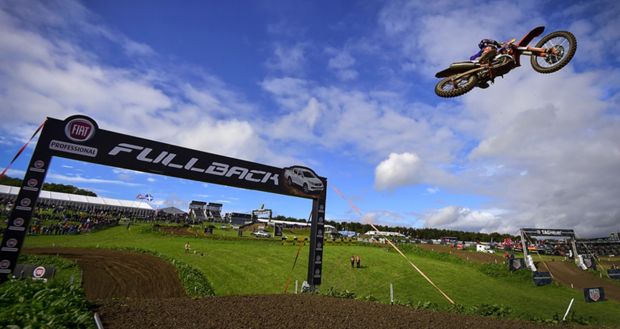 The FIM Motocross World Championship returns to Italy: the eleventh stage of the championship will take place on Sunday 17 on the Ottobiano circuit, the scene of the “Fiat Professional MXGP of Lombardia”.
The partnership between Fiat Professional and the FIM MXGP Motocross World Championship, now in its third consecutive year, is based on authentic shared values of enthusiasm, determination and constant commitment, all embodied by Tony Cairoli, who is bringing all his usual tenacity and courage to this season’s world championships, reflecting all the love of a challenge central to the Fiat Professional mentality.

The Ottobiano circuit is special for the nine-time world champion: the track is known and familiar, where Tony Cairoli always receives the support and affection of his many fans, and where he triumphed last year.
It is therefore ideal ground to take on Jeffrey Herlings in the exciting race for the title; the Dutch driver boasts a lead of 62 points, but there are still ten GPs to go, with 500 points to be won.

Alongside Tony Cairoli are the Fiat Professional brand and the product heroes of the official championship fleet: Fullback Cross and Ducato 4×4. The Fiat Professional pick up is rugged, reliable and has impressive load capacity. It boasts a payload of more than a tonne and over three tonnes of towable weight. Furthermore, by implementing all-wheel drive and a 4WD electronic selector, it can easily tackle the roughest terrain in the toughest conditions, like when travelling off-road carrying a heavy load, with the same agility as Tony Cairoli on all courses.

Ducato 4×4 is an all-terrain, permanent four-wheel drive vehicle with two transfer cases and an automatically operated central viscous coupling. This device ensures the right drive torque split between the front and rear wheels, optimising traction on mud, snow and sand. Ducato 4×4 also offers all the features of solidity and performance needed to tackle off-road trails with particular outfits which exploit its entire payload.